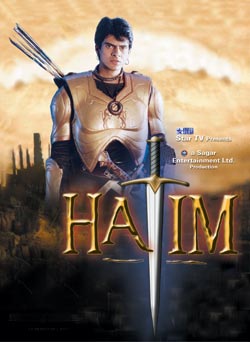 Hatim is an Indian television series that aired on Star Plus plus from 26 December 2003 to 3 December 2004. It has elements of fantasy. It was started by director Amrit Sagar, based on Hatim al-Tai.